Analyzing the Best Climbing Knots: Which one should you use? 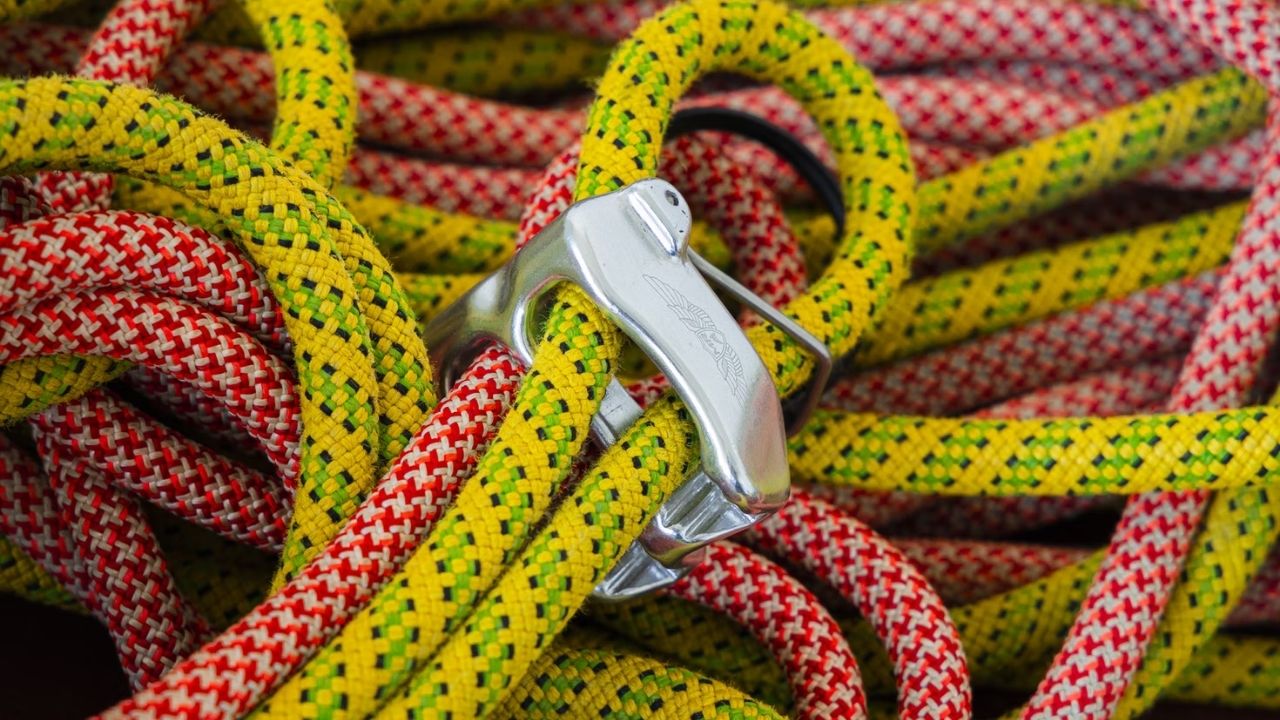 It’s super important that you learn to properly tie the correct climbing knots. You wouldn’t wanna slack off in preparing the only thing keeping you and your equipment intact dozens of feet above the ground.

Frankly speaking, you can use several good climbing knots, and they aren’t tricky to tie/prepare either. But every knot comes with its own set of pros and cons and use cases. This leaves you to choose a knot with the lowest margin of error for your specific usage.

Let’s look at some of the strongest climbing knots being used by climbers globally and when it makes sense for you to use them. Firstly, you should know that a rope is divided into six sections when you tie a knot. All six of these sections serve specific purposes in various knots.

Figure 8 is the most commonly used style of tying a knot. I say style because it has given birth to the three popular knots and bends – Figure 8 follow-through, Figure 8 on a bight, and Figure 8 bend.

How to tie a figure 8 follow-through?

Note: Make sure you have at least 6-8 inches of tail left on the working end.

What you need to know: The figure 8 knot is probably the easiest and most versatile knot since it can be modified to be used with a bight or in a bend. The only downside is that if you’re working on a project, the knot will tighten and entangle with itself, making it harder to untie the more it stretches.

Prusik Knot (or Prusik Hitch) is one underappreciated climbing knot used to attach a loop of thin cord, called “Prusik slings,” to a climbing rope. A Prusik hitch is bidirectional, so you can move it forward or backward with minimal effort if it’s tied correctly.

How to tie a Prusik knot?

What you need to know: Prusik hitch is the go-to choice for backup and rescue systems since it can hook from either end since it’s bidirectional. The downside to a Prusik hitch is that you need the practice to use it properly, even though it’s pretty easy to tie (or prepare). Incorrect usage may cause it to jam under heavy load.

I have a separate guide on the Prusik knot so you can check about its various uses.

Clove Hitch is a simple yet super strong knot that can even be tied one-handed. It’s often used to connect the rope with a carabiner.

How to tie a Clove Hitch?

If you’re at the anchor, you can make yourself stable with one hand and tie the one-handed Clove Hitch. To do so, grab the rope with your finger pointed up and put it in the carabiner, form a loop, and do the same thing again. Finally, clip the carabiner and pull the rope to tighten it.

What you need to know: The best part about Clove Hitch is that it’s effortless to untie and doesn’t jam under a heavy load. It unravels pretty quickly when you unclip the carabiner.

One downside is that Clove Hitch doesn’t bode well with a repeated load like a belay station as it can untie during loading and unloading. For that reason, it’s often used with a backup knot like Figure 8. Girth Hitch, Overhand Bend, and Autoblock Knot are pretty effective alternatives to a Clove Hitch.

READ:  How do you clean and disinfect rock climbing shoes? How long do they last?

Double Fisherman’s Bend (or the Grapevine Knot) is probably the best and most secure way to join two climbing ropes together. The bend doesn’t necessarily get entangled, but it gets nigh-impossible to tie with a load present unless you know the correct method.

How to tie Double Fisherman’s Bend:

Ps…you can repeat the overhand knot process once to make it a Triple Fisherman’s Bend if you’re using a slippery rope.

What you need to know: The knot (bend) is almost perfect with its unbreachable security. I guess the only downside is that it can only be used to tie two ropes together and not two pieces of webbing.

The Barrel Knot is used on end as a closing system when you’re rappelling or belaying to work as the final layer of security. It’s there to prevent the rope from passing through the belay device.

How to tie a Barrel Knot:

What you need to know: If a triple is too much, you can just do a double overhand knot, also called the Stopper Knot. These knots are pretty bulky and secure with a well-balanced trefoil-face as long as you tie them correctly. The only downside to a Barrel Knot is that it takes quite some practice to learn it properly.

READ:  How to achieve the flow state and boost efficiency through climbing?

A Bowline Knot is best for tying your rope to a tree or other natural anchors.

How to tie a Bowline Knot:

What you need to know: A bowline knot is quite strong and won’t untie with a load. Although it’s better to use a stopper knot as a backup. Bowline gets loose when shaken without a load.

Ps…if you want to use a Bowline knot with a harness, I recommend using a Double Bowline Knot.

And as I said earlier, there are many other knots you can choose from. I recommend trying out a couple to see what suits you. The six I have mentioned are my personal favorites and will be more than enough to perform most climbing tasks without a hitch. Pun intended.