What are the best rock climbing cliffs in the world? 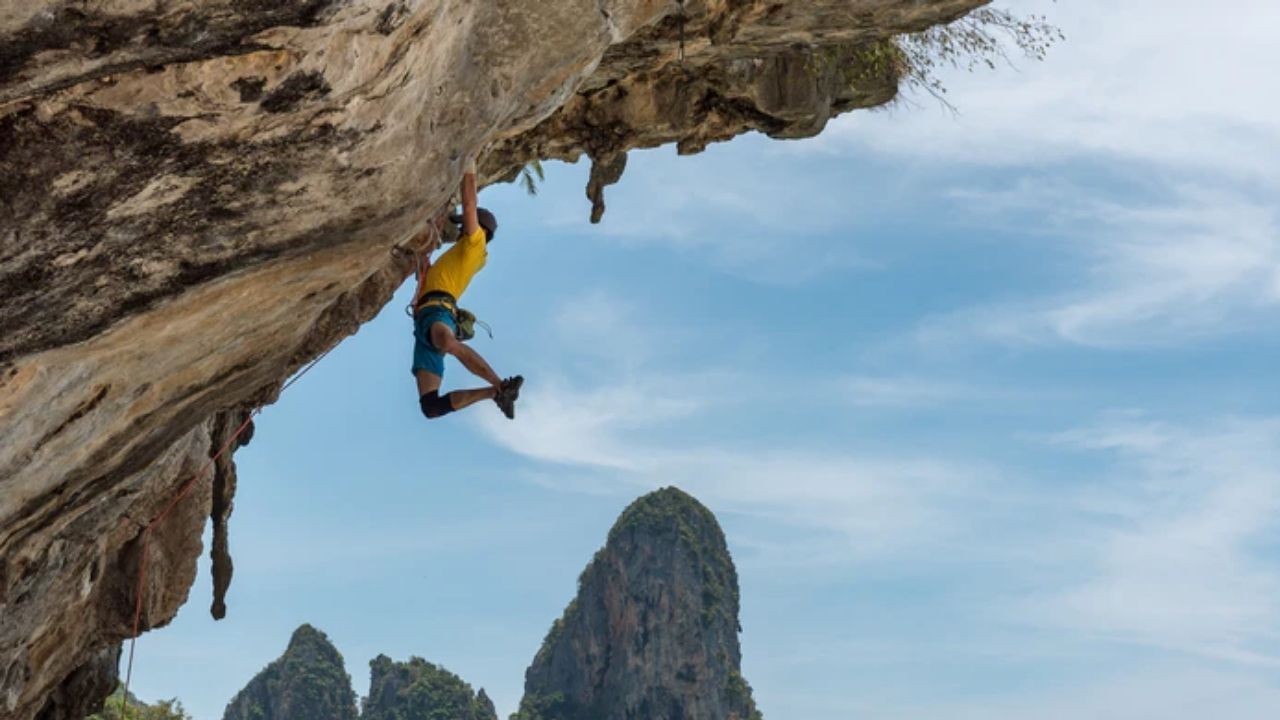 The list you’ve all been waiting for is finally here. I frequently talk about my love for rock climbing and some of the most incredible experiences in the last ten years of climbing.

That’s why it took this long to make the ultimate list for the best rock climbing locations in the world. I didn’t want to randomly pick my favorite places from memory.

These rankings are based on facts, input from other climbers, and personal experience. Rock climbing at these nine spots is a truly mystical adventure.

The U.S. has the best climbing rocks and cliffs in the world for bouldering, speed, trad, and sports climbing.

There are over 200,000 climbing problems to choose from in the U.S. alone. Yosemite National Park (California) is unanimously considered the best one out of these quarter-million climbing routes.

Beyond Yosemite, other must-climb spots in the U.S. include Red Rock (Nevada), Hueco Tanks (Texas), and Zion National Park (Utah). You’ll need multiple lives to try out all of the climbing problems in these spots.

Greece is the best rock climbing location in Europe. Some even consider it better than even the United States and other popular destinations. With over 945 climbing routes under its belt, Kalymnos – an island in Greece, is a haven for climbers.

Thanks to the Mediterranian seas, the weather around Kalymnos is also awesome. So you can get the full experience without worrying about the “peak months.”

Some of the other world-renowned locations, Peloponnese, Carpe Diem, and Mort aux Chèvres, are also in Greece.

You should consider visiting Italy for the views alone. The Dolomites are literally one of the most beautiful Alpine ranges in the whole world. Mountaineering and climbing there is life-changing.

Home to some of the famous climbing routes for beginners (Ferrata Brigata, Tridentina, Via Delle Guide) and experts (La Freccia 6b+, Tis Sa Arc, Gran Sasso), Italy is a powerhouse when it comes to rock climbing.

The dolomite (type of limestone) rocks are also beginner-friendly, which could add to the overall experience depending on who you’re climbing with.

Chile might not have as many climbing routes as the other locations on this list, but it won’t disappoint. It’s the rock and roll of the climbing world.

If the Chile cliffs look familiar to you, it’s because Red Bull’s psicobloc (DWS) and rock climbing tours and competitions are held in the icy rocks of Patagonia. And Red Bull doesn’t take PR lightly!

You’re not a rock climbing enthusiast if you haven’t heard of Fontainebleau and Les Colonnettes at least once. The forest is approximately 90km south of Paris, and it’s a nature’s marvel.

The Fontainebleau sandstone cliffs are simple enough that even kids can try climbing there. But that’s where the family fun ends. Verdon Gorge and Les Colonnettes routes require more than just skills to complete, so you might wanna skip them if you’re just starting out.

The two prominent beaches of Thailand, Tonsai and Railay, are killing it in extreme sports tourism. They’re one of the best locations for rock climbing, skydiving, kayaking, and any water-related activity.

Plus, it’s the cheapest location on this list. You only have to give a few dollars to the boatmen on the shore for a quick ride to the islands from the Tonsai beach. It’s convenient too because almost everything is managed by Basecamp Tonsai.

Switzerland may not have the most dangerous climbing routes on this list, but it’s not called “heaven above Earth” for nothing.

If you’re like me and this is more than just “climbing” to you, Switzerland should be on the bucket list. The Swiss Alps in Zermatt offer about 38 peaks of more than 13,000ft in cliff height.

And don’t get fooled by the relatively well-known beginner routes such as Blue Sky of MIne and Half Traverse. Because the Swiss Alps also have two of the most infamous routes a climber can solve – Matterhorn and Eiger.

READ:  Why are rock climbing gyms so expensive?

I know that some of you are gonna disagree with me about putting Spain this far down on the list. It’s fair, too – Majorca (Mallorca) is the birthplace of DWS climbing, after all. But just hear me out.

While Spain is amazing and one of the most beautiful climbing locations globally, it’s also very dangerous. The world-class routes in Spain start from 5.10c and go as high as 5.13c.

The best climbing seasons in Spain, Spring and Fall, also bring rain and slippery rocks, which are red flags for non-experts. That said, if you’re an experienced climber, Spain is easily one of the top 4 choices.

Any climber worth their mettle can’t make a top nine list without listing Squamish and The Bugaboos in Canada. Even without these two, Canada has an absurd amount of climbing routes – 16,037.

It’s another climber’s haven – doesn’t matter if you’re an expert or climbing with friends and family, you can’t go wrong with Canada.

The best part is that almost all the world-class spots, both beginner and advanced, are in British Columbia – near Vancouver and Squamish.

Just to be fair, these nine may have the best cliffs in the world for rock climbing, but they aren’t the only ones. The Peak District (United Kingdom), Rocklands (South Africa), and Fiordland National Park (New Zealand) almost made the list as well.

Now that you’ve got the deets, pick one of ‘em and start planning your next trip. Be sure to check out my other “Best Places To Go” listicles if you want to pick a location that offers all your favorite pastimes.