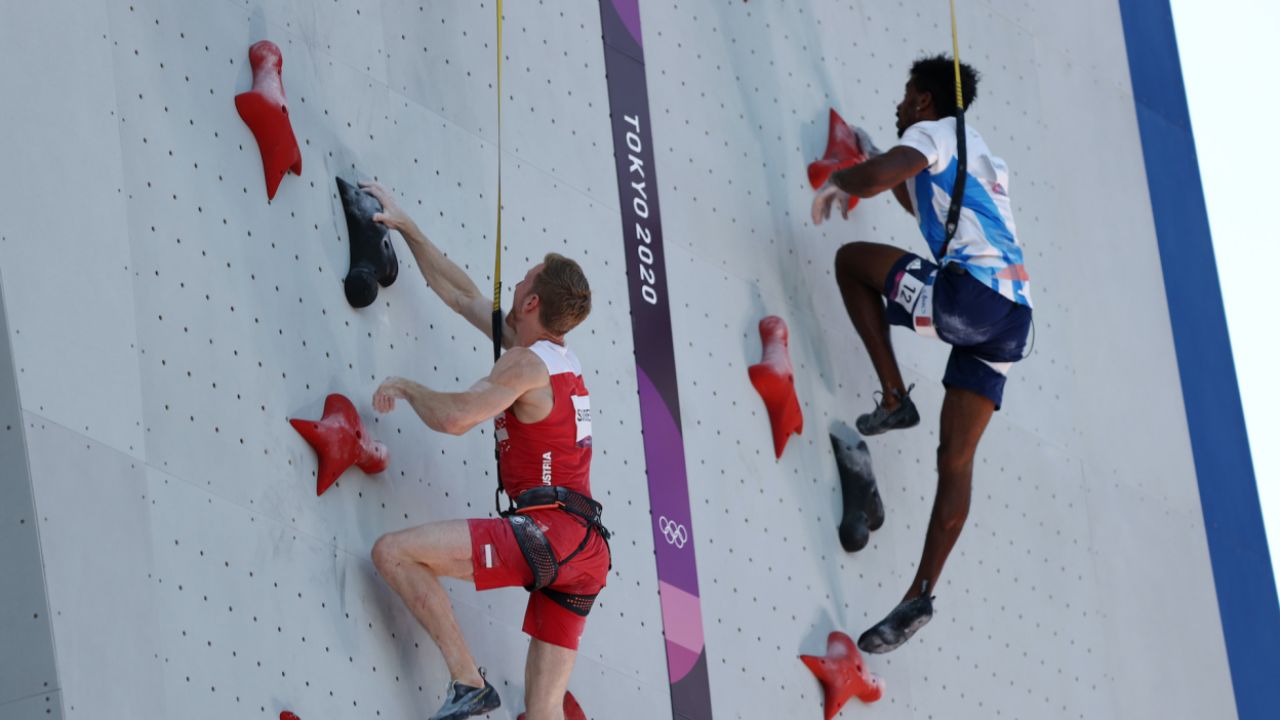 The climbing division of the Olympic Committee has continued to surprise us since Tokyo. Campusing is now an official part of the upcoming 2024 Olympic Games.

The International Olympic Committee (IOC) realizes that choosing one sub-genre in a community as diverse as rock climbing will be met with some backlash. Regardless, they stand by the decision.

In an interview with climbing.com, an anonymous IOC spokesperson does address the issue.

She said, “the IOC recognizes that, like Speed, most climbers aren’t going to be happy about the new Campus category at first. I just hope they’ll soon realize that the campus community, like any other subset of climbing, is a one-of-a-kind contributor to the sport, and it deserves representation on the Olympic stage.”

I can see newcomers mostly opposing the decision to put campusing on the grand stage.

For the advanced climbers (likes of which we see in the Olympic Games), campus boards are a part of their training routine. And honestly, it’s a lot of fun when you have the strength and the right muscles.

What is campusing in climbing?

Campusing is technically a rock climbing/bouldering indoor training exercise, often done using a campus board. The goal is to climb various levels and types of campus boards using only your hands. Your feet aren’t allowed to touch the wall or provide any support.

Put simply, campusing requires A LOT of upper body strength; it’s extremely difficult and yet extremely fun once you get the hang of it.

The hardest part of campusing is the overhangs where you’re vertically suspended without the support from your feet.

1. How will campusing be organized in the Olympics?

Campusing in the Paris 2024 games will not be too different than campus board climbing as we know it.

According to various reports, the campus routes that climbers will have to clear will only be between V0 and V2. The route will start nearly 10 feet above the floor and be 33ft to 55ft long.

Even though the route difficulty caps out at V2, it’s an extremely difficult climb. Don’t forget that contestants are supposed to climb solely from their hands.

It’s simply impossible for an “average climber” to even climb a few feet without feet support, let alone a V2 boulder. Additionally, the campus routes will feature roof lines and overhang traverses to increase the difficulty level.

2. How will campusing be scored in Paris Olympics?

The grading is where campusing gets tricky. While there are no official guides and regulations, the IOC spokesperson vaguely mentioned the grading system.

She said, “climbers will not just be graded on how quickly they manage to campus a route and how many campus routes they manage to complete. But on how much attention they draw to themselves while campusing.”

We’ll have objective guidelines soon, so things might be as confusing as they seem. But don’t be too optimistic just yet.

According to the spokesperson, the IOC will encourage grunting and noise making from climbers to draw in the crowd’s attention. “These grunts will incur bonus points based on pitch, volume, and frequency, according to the IOC,” she added.

READ:  How to take care of hands and skin after climbing? Best Lotions to Buy

Which climbing games will be in the 2024 Olympics?

Sports climbing will include four climbing formats: bouldering, speed, lead, and campusing. Due to the lack of information, it’s unclear how campusing will be organized. As for the rest, bouldering and lead will be clubbed into a single event, and Speed will retain its individual status.

In short, sports climbing in the Olympics will at least include two to three events across three to four different formats at the very least.

Speed: It’ll be a race among all climbers in the form of several 1v1 elimination rounds. Athletes require precision and explosive strength to finish the route within time. As of yet, the highest score is speed-climbing an approximately 50ft (15m) high and 5-degree inclined wall in under six seconds (men) and seven seconds (women), respectively.

Bouldering: The Olympic athletes will be tasked with solving a 14.75ft (4.5m) boulder problem with the least number of attempts within a set time.

Lead: In this, the competitors will be asked to climb a priorly unseen route as high as they can within six events. The 50ft (15m) high wall will have climbing routes set in an increasing level of difficulty.

How do climbers qualify for the Olympics?

Per the official guidelines, 68 athletes compete against each other in Sports Climbing at the Paris Olympic Games. The roster will be evenly split between men and women.

14 male and 14 female athletes will participate in Speed events, making up 28 competitors. The combined bouldering and lead events will have 40 athletes in total (20 male and 20 female).

Achieving top scores and recognition in the upcoming IFSC Climbing and Paraclimbing World Championship will mark the beginning of qualification tests for the Paris Olympic Games 2024 climbing events. The IFSC CPW Championship will happen between August 1, 2023, and August 12, 2023, in Bern (Switzerland).

How will climbing events be scored in Paris 2024?

Athletes who reach the top within the shortest possible time will get the best rank.

This format will use a meticulous scoring system by awarding points based on hand moves and securing holds.

According to the IOC, each round will have one route, and athletes will only be awarded points for the final 30 moves of the route. All the moves before them will yield 0 points.

For the final 30, the first five will have 1 point each, the next 10 will have 2 points each, and the remaining 15 will have 5 points each, totaling 100 points per round.

Athletes can get extra points at the Olympics by securing and utilizing the “zone hold” of a boulder problem. Solving more problems (reaching the top) and securing more zones will get you a better rank.

The top is only awarded if you reach the final hold and secure it with both hands in a controlled way. Athletes’ attempts will also be reflected in the final scoring, i.e., flashing a boulder problem will yield a favorable result.

The competition will have four boulders per round. And each boulder will have two zones and one top. Each boulder phase will have a maximum score of 100: 3 points are rewarded for each zone and 25 points for the top.

1 point will also be deducted from the final bouldering score for each fall.

READ:  Alpine Climbing: Intro, Types, How To Get Started & Train

Is climbing in the Winter Olympics 2026?

While Summer Olympic Games have welcomed climbing with open arms, the Winter Games have not.

Of course, hosting extreme sports like ice climbing and campusing in the Olympic Games brings its challenges. But same goes for many other Winter Olympic Sports and disciplines like snowboarding, skiing, and standard climbing events.