What is the most dangerous whitewater rafting in the world? 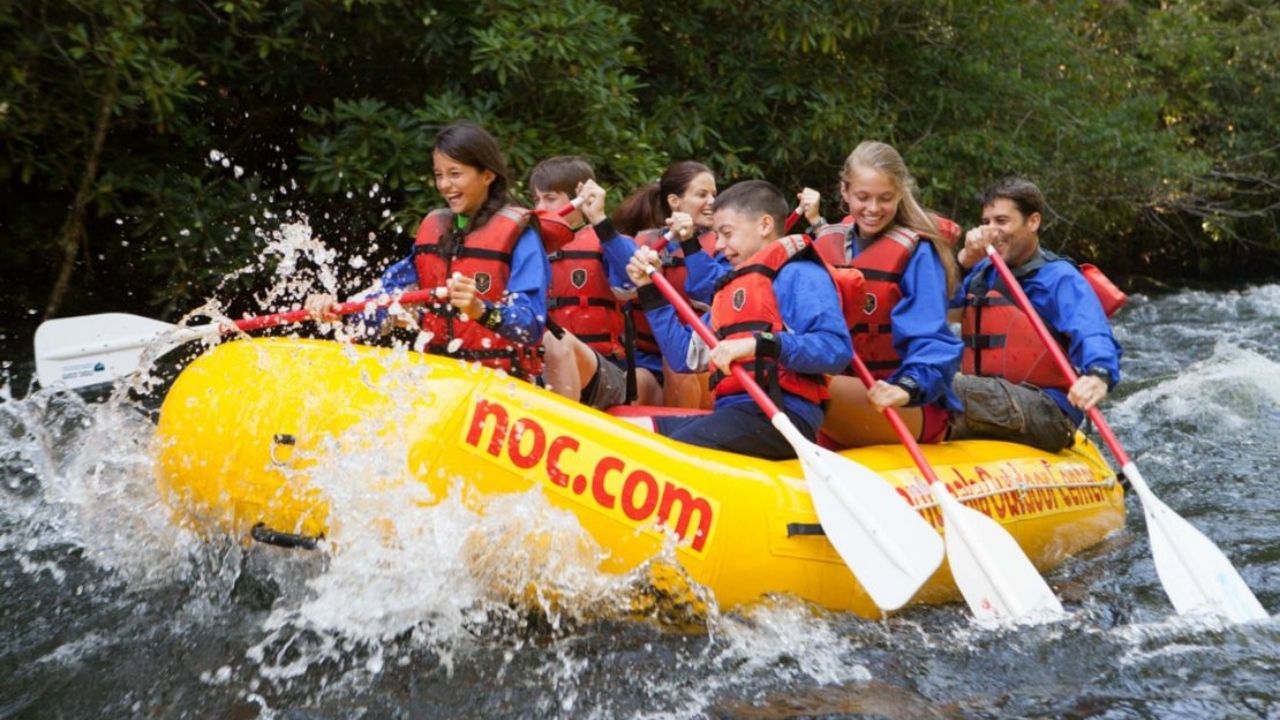 Whitewater rafting is literally one of the most exhilarating extreme sports I’ve ever participated in. I’m a frequent rock climber and skydiver, but there’s something about the whitewater rapids that gets my adrenaline churning.

Maybe it’s the gushing whitewater, majestic panoramic views, or the thrill of the rapid waiting just around the river bend. So I’ve compiled this list of the top 10 most dangerous whitewater rafting locations in the world, which wasn’t easy since there’s at least one “dangerous” rapid or river in every corner of the world.

I narrowed down this list to the places that are extremely dangerous but not secluded. Unfortunately, this meant removing famous rivers like the Ganga River in Rishikesh (India) – a famous sport for worldwide whitewater rafting competitions.

There are six classes of whitewater difficulty or “danger” – class 1 to class 6. Class 6 is considered a no-go for beginners based on the International Scale of River Difficulty (ISRD). Keep in mind that the Grand Canyon stretch of the Colorado River follows its own difficulty scale from class 1 to class 10.

That’s it for the book-ish info. Now let’s have a look at the rapids!

I figured if this list is gonna have rapids called Terminator and whatnot, I should start with an easier name first – The God’s House. You can’t have a successful whitewater rafting trip in Nepal without visiting the Karnali River.

It’s a famous spot for both beginners and experts – with thousands of tourists swarming this beautiful place in Western Nepal in October (the post-monsoon season). The Karnali river flows through a jungle and the Himalayan ranges and has rapids of classes 1 through 5.

God’s House is one of the many rapids on the Karnali River, but this class 5 rapid that goes through the narrowest parts of the river isn’t a place for newbies.

The wilderness of Zambia in East Africa is the second-best whitewater rafting location globally and the best choice for an extreme rafting trip outside the United States.

What separates it from other locations on this list, you ask?

First and foremost, the Zambezi River has one of the most dangerous rapids in the world – the Ghostrider. And it will stare into your eyes from the deep fall.

Second, the Zambezi river has not one but two extreme locations from this list, the second one being the Victoria Falls rapids. Other famous rapids such as Stairway to Heaven, Gnashing Jaws of Death, and Commercial Suicide (class VI rapids) are also in the area.

Third, you don’t have to go too far for other outdoor activities because Zambia’s majestic Zambezi River literally has it all.

I swear I’m not making up these names! And no, you won’t be greeted by Arnold here.

Futaleufú River in Northern Patagonia (Chile) is infamous among rafters for its three extreme whitewater rafting locations – Puente a Macal, Puente a Puente, and Azul a Macal.

It’s the perfect place for extreme sports enthusiasts because they get to experience 3 at the price of 1. It’s infamous because it’s considered the most challenging commercially run whitewater rafting location, even among the pros.

If that doesn’t satisfy you, try Terminator – the class V and extremely dangerous rapid on the Futaleufú River. Even its “cheat run” on the left river is longer and more challenging than most rapids; just imagine how majestic the real thing would be.

Okay, this is the last of these weirdly scary names. Ecuador is famous among the rafters worldwide, not just for its various rivers but for the native culture as well. It might just be the thing missing from your next rafting trip.

Ecuador has various popular whitewater locations ranging from classes 3 through 5 that are suitable for beginners and pros alike. Rio Upano River, or the “River of the Sacred Waterfalls,” runs deep in the Andes mountain ranges through jungles and canyons.

And, the infamous “Godzilla” rapid on Rio Upano takes it one step further. With 15-foot waves from both sides and a level V classification, Godzilla is no different from the infamous monster god from the movies. This, too, can shake the experience out of expert rafters.

The Noce River is a must-go location if you’re ever backpacking in Europe. Italy’s Noce River (Il Fiume Noce) is divided into several sections and difficulties.

The top of the river, located in the Brenta Dolomite Mountains near Val di Sole in Northern Italy, is beginner-friendly with only class III rapids. The difficulty rises to class V as you go south and reach the Caldes village.

Further south is where you’ll find the most dangerous whitewater rafting rapid in all of Europe – the Sawmill Rapid (Rapida Della Segheria).

The rivers in Australia are well-known in the whitewater rafting world. From over 45 class IV rapids in Queensland’s Tully River to the weirdly tricky rapids of the Murray River such as the Murray Gates, Sharks Tooth, Hole in the Head, Guides Mistake, and many more – Australia has rapids in bulk for you.

But there’s one that is more secluded than any other rapid in the world. The upper half of the 120-mile Johnstone River is only accessible by a helicopter, and is known for its class IV rapids and the oldest rainforests in Australia.

The best part is that it’s only 20 mins away from Cairns – the gateway city to the breathtaking Barrier Reef.

Experts treat the Bidwell as the only training run before trying the infamous White Mile, located further down on the Chilko River. In comparison, the Dipper Creek in Squamish Valley isn’t as long as the Bidwell, but its crazy 40-feet drop will leave you holding on to dear life (and raft)!

8. More Rapids Than You Could Go To, United States

The U.S. is at the end because it’s impossible to choose one or two best rapids from the country. The United States is the best country you could go to for whitewater rafting in the world, thanks to the dozens of world-famous whitewater rapids here.

The 8 rapids mentioned above are globally renowned class IV and V rapids that’ll give you the time of your life. US whitewater rafting also has much more to offer than just eight. Refer to my guide on the 10 best white water rafting locations in the US: Beginner to Advanced.