What adventure sports can you do when you’re pregnant? 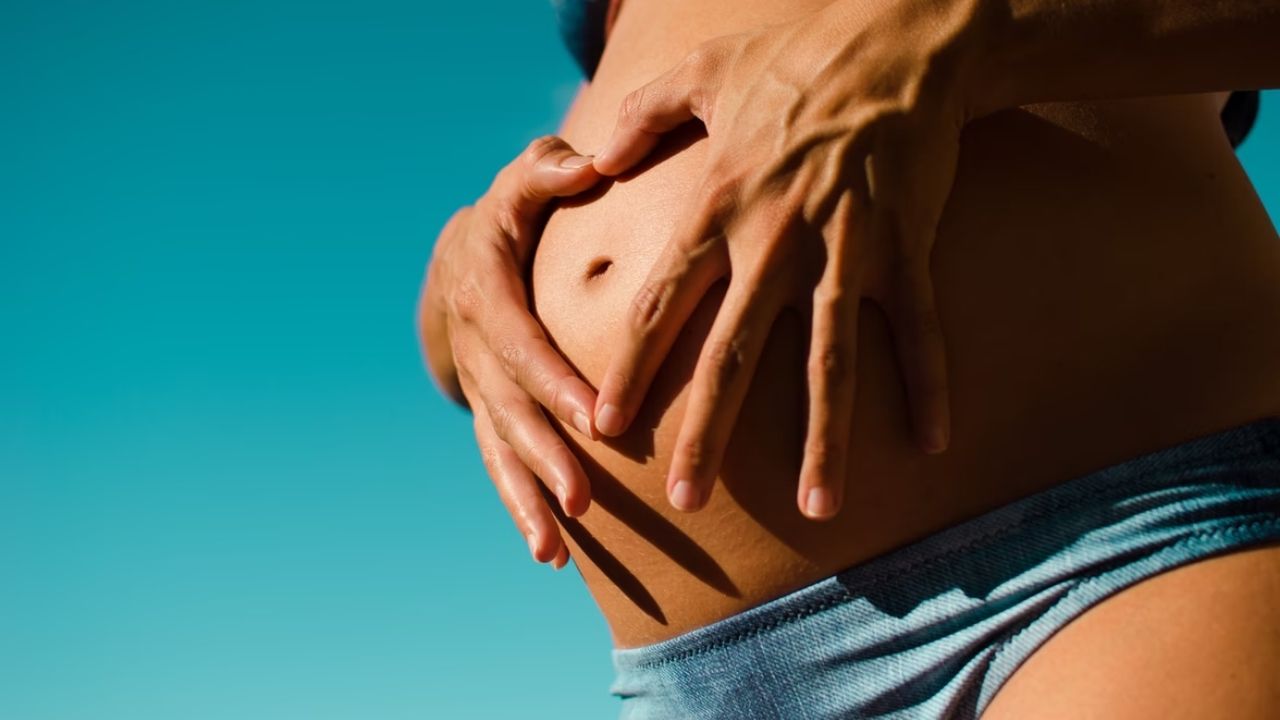 Ladies, I won’t claim to know your pain, but I love adventure sports as much as you do. I have been rock climbing for a decade, among other sports such as whitewater rafting and skydiving. So, I can understand if you don’t wanna give up the adrenaline rush as long as it doesn’t put your baby in harm’s way.

Ideally, all pregnant women should do a certain amount of exercise daily to keep themselves and their babies healthy. And this, like most things in life, depends on every individual’s prevailing health condition.

Women with a low-risk pregnancy are advised to exercise 20-30 minutes every day. Likewise, female athletes are allowed to continue MOST of their routine training in the beginning because their bodies are accustomed to the workout. Inactive women are instead asked to slowly and steadily build their exercise regime.

Another important factor is the nature of the exercise or adventure sport. For example, sports like downhill skiing or water skiing aren’t suitable. As your baby grows, your center of gravity will shift, and you’re more likely to lose your balance.

DISCLAIMER: This article is for informational purposes only. Please do not use it as a substitute for professional medical advice, diagnosis, or treatment. Never disregard professional medical advice or delay in seeking it because of something you have read in this article. You should consult everything with your primary health care provider, obstetrician, and gynecologist.

So, what are the sports you can do? Let’s find out.

What adventure sports can you do when you’re pregnant?

Keep in mind that the allowability of most sports will shift as you go into the later stages of pregnancy. For example, cycling is generally considered okay in the early stages of pregnancy if you’re accustomed to biking. However, newcomers are discouraged to avoid unnecessary falls and miscarriages.

But, even for experienced bikers, cycling on the road is highly discouraged after the second trimester (after 24 weeks). At that point, most OB-GYNs recommend an exercise bike.

Here are some low-risk adventure activities you can do during pregnancy:

1. Can you rock climb while pregnant?

Pregnant women can rock climb during the first and second trimester (sometimes even third), provided that you were an avid climber before pregnancy. Likewise, women new to climbing are advised against rock climbing since their bodies lack stamina, core, and muscle strength.

Sure, the primary climbing goals will essentially differ since you’ll be climbing off of your existing strength to keep the body happy and healthy as opposed to “pushing your limits” to build further strength.

Even then, many doctors will advise against rock climbing, given the intensity of the high-risk activity. Women gain almost 30 pounds on average during pregnancy which can throw even experienced climbers off balance.

According to Dr. Nicole Bringer, a mom and a physical therapist, “the physical perks, community, and enjoyment it brings can make it a great activity for expecting and recovering moms.”

Here’s how climbing helps recovering moms during the post-pregnancy period.

2. Can you go skydiving when pregnant?

Skydiving during pregnancy is not a good idea. Most doctors in the world would advise against such a high-risk adventure sport even if you’re an experienced skydiver. Non-pregnant skydivers already carry a level of risk, and the reward isn’t worth the risk when two lives are at stake.

In a controlled study, “parachuting and pregnancy,” 25-35-year-old women with 100 to 1000 jumps were questioned and studied upon. 57 women participated in the study with a clear goal of assessing the risk factors and understanding the epidemiology of pregnant skydivers and literature review to provide information on skydiving risks.

The conclusion was that the original recommendation “do not skydive during pregnancy” is the safest approach and wind tunneling is perhaps a lesser-risk approach for pregnant women. While the study doesn’t consider every type of woman and each case of pregnancy, given that there were only 57 participants, it’s considered the most usable one so far.

3. Can you go whitewater rafting during pregnancy?

I’m sure you love the whitewater as much as I do, but are the fierce waves and drops really the right choice for you and your baby? Unfortunately, no. Whitewater rafting during pregnancy is even worse than skydiving.

Pregnant women shouldn’t go whitewater rafting after the very early stages of pregnancy. The rapids above class II have drops and waves that will shake you and bump you against other rafters, which isn’t suitable for the unborn child.

READ:  How to prepare for a whitewater rafting trip? Everything You Should Know

Whitewater rafting can not only lead to nausea and body pain (both not good when pregnant) but also to a miscarriage. A safer alternative to whitewater rafting for pregnant women is paddle boarding or boating in a lake.

Here’s a guide that explains why you shouldn’t go whitewater rafting at each stage of pregnancy.

4. Can you go skiing during pregnancy?

Fortunately, skiing during pregnancy isn’t a definite NO. But I doubt a doctor would actually recommend it when there are clearly less risky alternatives. Although, if you’re experienced in the activity, maybe your doctor will allow it.

Skiing during the second trimester is considered the easiest. Your baby will be in the most critical stage during the first trimester, so any doctor would want you to take it easy. And in the third trimester, your baby’s growth will shift your center of gravity, which makes skiing a big no-no.

Benefits of Exercise and Sports During Pregnancy

We often talk about the pain during childbirth (labor) but not the one you go through during the three trimesters. It’s not just pain but 40 weeks of inconvenience and sickly feeling. But exercise and other outdoor activities can easily help you navigate through it.

Here are some benefits of exercise during pregnancy:

1. Know When To Stop

We have a tendency to try and “push our limits,” especially if we have that extra love for the activity. I know I do it with rock climbing. But this can become a big issue for the expecting mother.

The goal of your exercise is to keep you active and healthy, not to build some extra strength or toned muscles. So, you must be super vigilant and stop as soon as your body gives you the sign.

Here are some signs to look out for:

READ:  How do you clean and disinfect rock climbing shoes? How long do they last?

Here’s everything you can and cannot do:

A. What can you do during the first trimester?

During the first trimester, your fetus is in the earliest stage of development, so your primary concern should be to avoid impact and overheating. Wear loose clothing and drink plenty of water. Avoid any exercising or any adventure sport in high heat or humidity.

B. What can you do during the second trimester?

During the second trimester, the baby tends to move upwards, leaving your pelvic region. You should avoid all kinds of low or high-impact sports like boxing that might hit the baby and cause unnecessary complications.

Your ligaments also loosen up between second and third trimesters, so avoid any sport with heavyweights.

C. What can you do during the third trimester?

During the third trimester, your body weight moves forward, leaving you at a high risk of falling. At this point, avoid all sports that require balance – even cycling or speed walking. Your blood pressure also decreases to its lowest so avoid making any sudden moments that make you dizzy.

It’s a common myth that you shouldn’t do anything and just lie down during your entire pregnancy. Modern science believes you should maintain a certain activity level to remain happy and healthy and keep your baby the same.

There will always be a few activities that aren’t generally recommended, but you may get a pass – if you’re an experienced rock climber, for example. But then again, I ain’t your doctor.

In short, you know your body better than anyone, so consult with your doctor and make your own decision.

Wish you a happy, safe, and fun-filled pregnancy!