Complete List of Snowboarding Tricks You Should Learn (Beginners to Advanced) 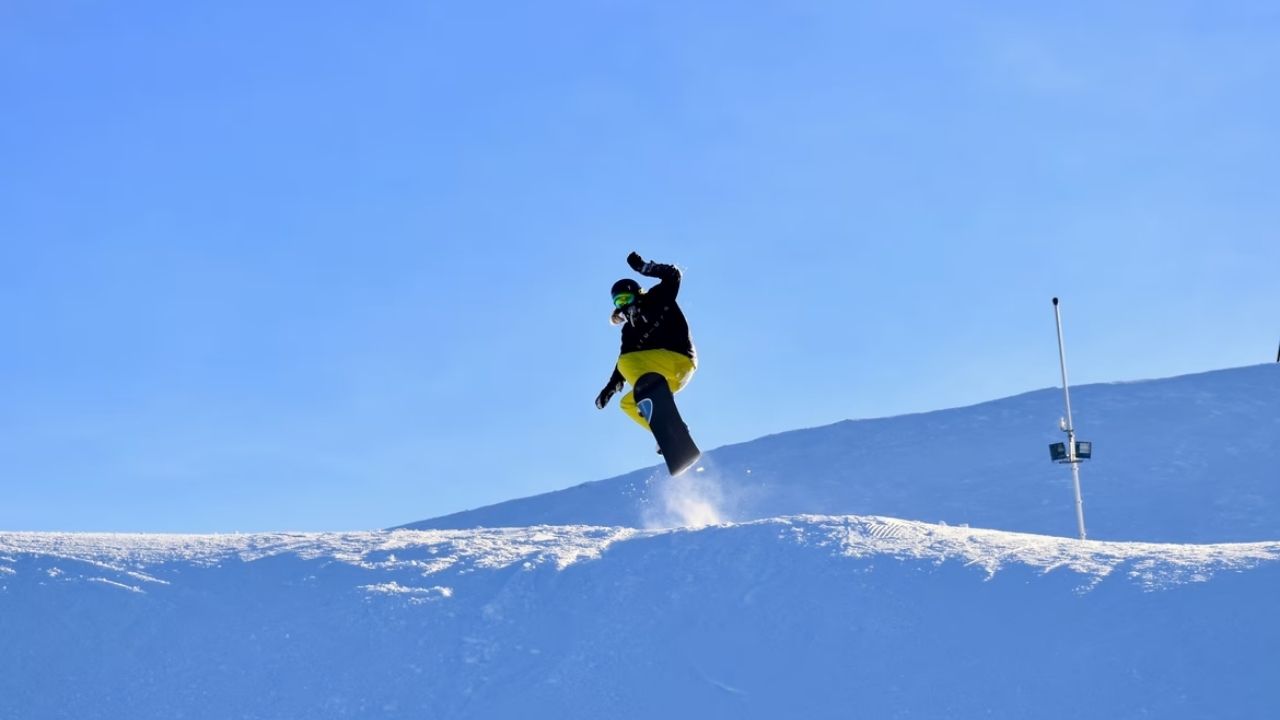 No one needs to be really good at snowboarding to have fun. But the fun increases exponentially if you put in the effort to improve your skills. The adrenaline rush is so addicting that you’ll have to be forced off the snow after you add a couple tricks to your boarding arsenal.

In this guide, I’ll walk you through the beginner-friendly snowboarding tricks that you should first work on immediately and how you can master them.

Then, we’ll segway into some of the hardcore tricks that will take some preparation and a lot of practice.

There are essentially 5 types of basic tricks or techniques that combine to do a snowboarding trick. These are jumps, rotations, presses (pressing one side of the snowboard and keeping the other in the air), grabs, and rail tricks.

First Learn How to Jump Properly

The snowboarding jump may not be a separate trick, but it requires the same amount of practice. You have to learn how to jump correctly even though you won’t need it for every trick. Snowboarding jumps are not that different from skateboarding ones – both look way harder than they actually are and require baby steps for mastery.

Of course, safety is a big concern, so beginners should stick to the smallest jump location and then keep practicing until you can flawlessly maneuver on it ten out of ten times. After this, we just gradually increase the height.

How to do a basic snowboarding jump?

Pro Tip: Beginners tend to get scared and try to slow down right at the moment of the jump. You don’t want to do that. You’re not in a car, and it’s not a speed breaker. You NEED that momentum for a successful jump.

DISCLAIMER: It’s more of a tip than a disclaimer, but never land without bending your knees, or you’ll end up with a minor or major leg injury.

Here’s a list of tricks beginners can start practicing immediately after you master the fundamentals and maneuvering.

Ollie is as simple as snowboarding tricks can get. It’ll be even easier if you’ve done skateboarding before since it’s a common skateboard move. You basically use the tail of your snowboard to launch yourself in the air like a spring.

How to learn Ollie:

It’s a fundamental trick, but it’s pertinent that you master it. You can add Ollie to so many other tricks and perform them better.

I wonder who comes up with these quirky trick names – “Ollie” and “Nollie.” Nollie is simply an inverted Ollie, just with a higher difficulty level. It’s because you’re putting the force against the motion of the snowboard, so you need better maneuverability. Here’s how to do it:

Pro Tip: Don’t try Nollie until after you perfect an Ollie at least 7 out of 10 times.

You can try the two press tricks on a flat surface as well. Here’s how to do it:

Just like Ollie, learning tail (or nose) press helps strengthen your fundamentals. In Ollie, you learn the nuances of mid-air maneuvering. In a tail press, you learn how to shift your weight around the board.

READ:  Which country is the best for snowboarding and skiing?

So, these are four different tricks performed by grabbing different parts of the snowboard mid-air. These grabbing tricks are fantastic building blocks for more advanced tricks.

Ps…be sure to get some speed and perform a basic snowboarding jump or Ollie (without speed) for all of them.

To do a Melon grab, touch the heel edge of your snowboard between your legs mid-air.

To do an Indy, touch the toe edge of your snowboard between your legs mid-air.

To do a nose grab, jump, and touch the nose (front end) of your snowboard mid-air.

To do a tail grab, jump, and touch the tail (back end) of your snowboard mid-air.

These tricks are essentially a combination of Ollie and the two press tricks because you’re maneuvering mid-air while simultaneously shifting your weight.

The trick is literally to spin your board 360 degrees (a complete circle) while snowboarding forward on flat terrain. The idea is to constantly switch between your toes and heels as the primary force points to make a circular motion with the snowboard.

Here’s how regular riders can do flat spin 360:

If you’re a goofy rider, you’ll rotate counterclockwise. The pressure and weight shift starts from your toes on your right foot and finishes at the heels of your left foot for a full rotation.

The last fundamental trick to learn as a beginner is the 50-50. In this trick, you simply ride a box or rail structure nose-first. It’s definitely not as easy as it looks. Well, maybe it is for us skateboarding fans.

Pro Tip: Start with a box that’s smaller and wider so you can practice properly.

READ:  How to make your own Snowboard Waxing Kit? & Other Questions Answered

Tricky Snowboard Tricks to Prepare For

Enjoy, and let me know if you have questions or boarding tricks to add to this list.