Can I skydive if I’m afraid of heights? & 6 More Questions Answered 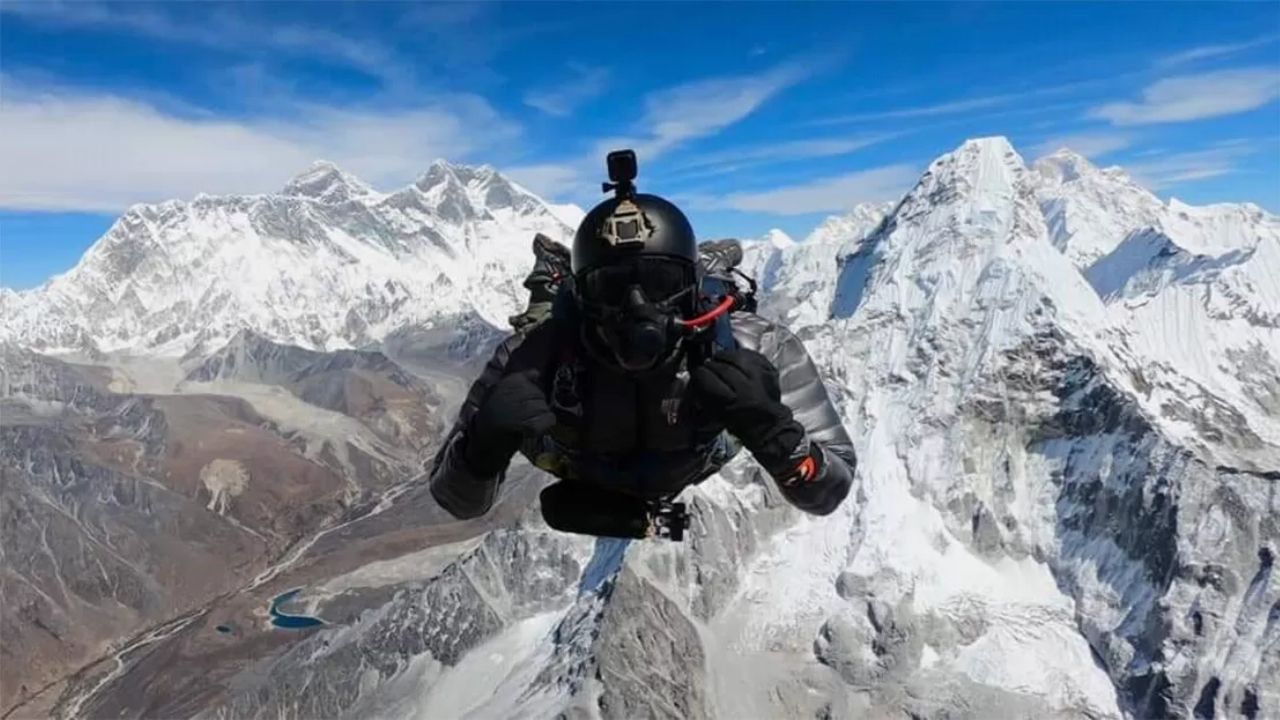 If it were up to me, I’d skydive every day. But, I’m not a fan of heights. They just make me feel claustrophobic most of the time.

The truth is most (if not all) skydivers are afraid of heights. Do you wanna know why? Because it’s what nature intended. Everyone is supposed to be afraid of high altitudes; science calls it acrophobia.

As a matter of fact, from my personal experience, you’re wired differently if you’re not afraid of heights.

Contents
So, Can I skydive if I’m afraid of heights?
Why is skydiving so scary?
1. What is the lowest height you can skydive from?
2. How do I get over my fear of skydiving?
Can I skydive if I have anxiety?
1. Do ears pop out when you skydive?
2. Can people pass out skydiving?

So, Can I skydive if I’m afraid of heights?

The short answer is yes. No matter how much you want me to say that you shouldn’t dive if you’re afraid of heights so you can use it as an excuse later, I’m not gonna.

On the contrary, I will tell you why you must dive, especially if you’re a little too afraid.

Anyone can skydive – even if you’re afraid of heights or outright acrophobic. This is because skydiving is different. It’s not the same as the moment you’re about to jump off a big rock or looking down a tall building. You’ll be too far up for your brain to perceive the altitude. Hence, no fear.

I know it sounds bizarre that you’re supposed to be afraid of standing at the edge of a multi-story building but not at the dock of an airplane. But if you think carefully, it’s pretty logical.

Suppose someone punches you right now, or you hit someone with your car, or you jump off your balcony just to see what happens. For each of those cases, you can pretty much imagine what would happen next.

Now suppose you jump off from a plane 10,000 feet above the ground. Can you visualize what would happen next? Do you just keep falling? Do you get hit by clouds, maybe? You can’t visualize, and that’s precisely my point.

After only a thousand feet, your brain starts to lose its sense of altitude, and the world on the ground starts getting smaller and smaller. At that point, you can bid farewell to your acrophobia, at least for the time being.

READ:  Do skydivers have backup parachutes? The Complete Guide

If I’m not convincing enough, read what this Redditor (@depricatedzero) has to say:

“It’s completely disconnected. I’m deathly afraid of heights, but I’ve enjoyed doing a few jumps. For me, it’s the fear of the sudden stop at the end of the fall. The parachute gives a sense of safety; that sudden stop isn’t quite as sudden or hard.”

Why is skydiving so scary?

This is one of the most common questions in skydiving – what makes it so scary? Well, for starters, we’re talking about jumping off of tens of thousands of feet above the ground. If that doesn’t scare you, I don’t know what would.

Remember when I said being afraid of heights is how nature intended us to be? Many studies on human fear ended up with the same results – you’re born to be afraid, but for a good reason.

Fear is built into our DNA as a precognitive kill switch to protect us from accidents. The studies found that the children who were afraid of heights were less likely to climb objects, fall, and get injured. Interestingly, the fear of heights didn’t come after an unfortunate incident; the children were just born with it.

Similarly, 77% of children who had an aquaphobic mother were afraid of the swimming pool. This article by Dr. Robert L. Leahy (Ph.D.) documents those studies.

Still, if the perception of height is different for an activity that high, why would you be afraid of skydiving? That can’t be built into our DNA.

The answer is that it’s an exaggeration by your brain in an attempt to protect you from harm.

The biggest reason for anyone to be scared of skydiving is inexperience. Most people who are scared have never tried skydiving even once in their lifetime. Likewise, the quickest way to get over the fear of skydiving is to go on your first skydiving trip.

1. What is the lowest height you can skydive from?

Even though there’s nothing to worry about, it doesn’t make you any less worried than before, does it? And that’s ok. Truthfully, every skydiver is afraid of their first dive. As a solution, let’s start with lower altitudes first.

3000 feet is the lowest altitude that civilian skydivers can take a solo jump from. The bar rises as high as 7500 to 8000 feet for tandem skydivers. Both of these jumps include very little freefall time, but they’re a great way to get into skydiving, especially if you’re afraid of heights.

2. How do I get over my fear of skydiving?

There’s only one solution, but it’s easier said than done. So, follow these three basic steps.

Address all of your fears first. For me (and many other skydivers), fear of heights is not as big of a skydiving blockade as the moment when you feel claustrophobic. Do something about that first – think happy thoughts and practice being in that closed airplane for a couple of minutes.

Second, understand that fear is a good thing. It keeps you grounded and stops you from anything stupid. Think of your fear as a tool to keep you from harm on your first skydiving adventure.

Third, understand that you’ll be tandem skydiving. Someone else will do all the work. You just have to show up, jump, and have fun while battling all your fears.

READ:  Quick Skydiving Guide: How do skydivers move and breathe in the air? How do they land?

Can I skydive if I have anxiety?

Skydiving anxiety is a real thing, but don’t worry about it. People suffering from short-term or long-term anxiety disorders can go skydiving too. With enough practice and experience, you’ll quickly be able to calm your nerves or won’t even get anxious at all.

1. Do ears pop out when you skydive?

Ear popping is basically when your body tries to adjust the pressure inside your ear to equalize with the outside pressure. This is done to prevent our eardrums from bursting due to the difference in air pressure at such a high altitude.

It actually happened to me once, I was a bit congested and made the mistake of going for a dive. My ears popped and I was so clogged that it took them more than an hour to pop back to normal.

But don’t worry too much about it.

Your ears won’t pop out when skydiving under normal circumstances, you’ll only “feel” the change in altitude. Just don’t skydive when you’re congested. The myth is an exaggeration of the scientific fact that differences in air pressure at such a height can hurt your eardrums.

2. Can people pass out skydiving?

I know it seems logical when jumping from that high above the ground, but it’s not common.

It’s possible to pass out while skydiving and lose consciousness for a few seconds, but that’s a rare and if-ever scenario. You’re more likely to get struck by lightning than to pass out during skydiving.

Now that I have cleared all of your concerns and you don’t have any excuses left, start planning your first (or next) skydiving adventure and have fun!