Bouldering Grade Pyramids for Training: Everything You Need to Know 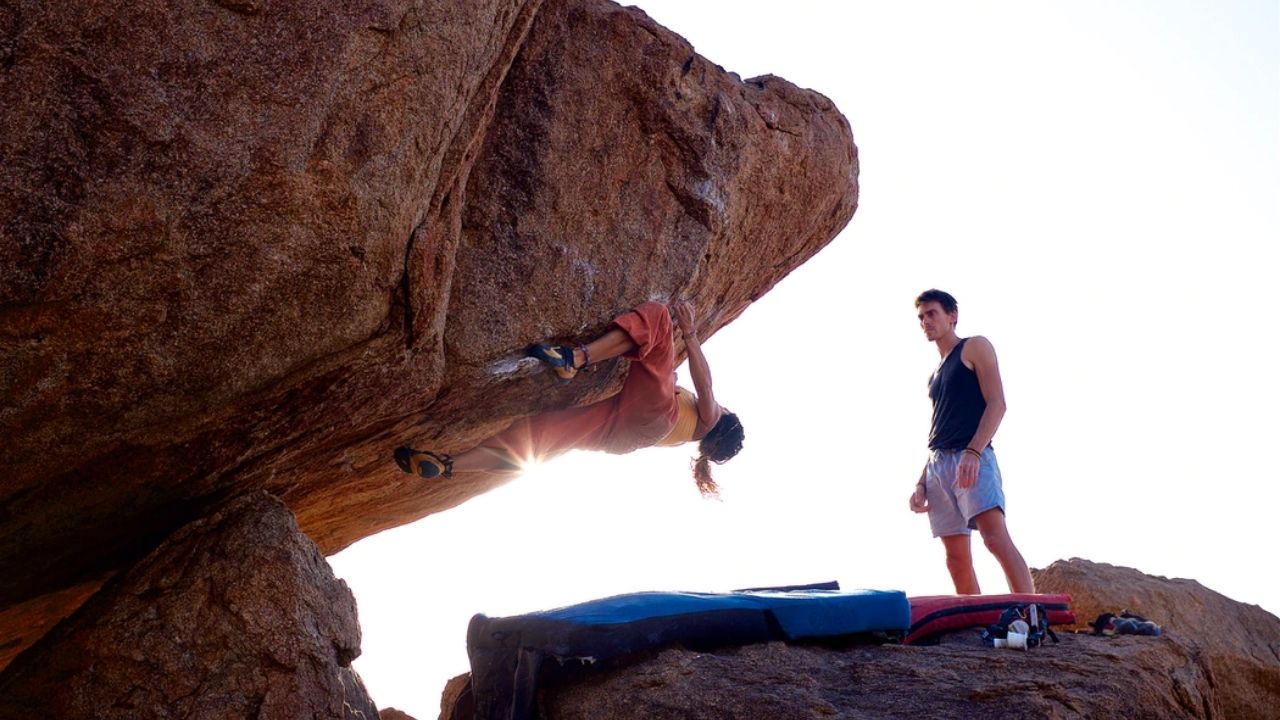 Using grade pyramids is an excellent way to practice new bouldering and rock climbing techniques and build experience. These pyramids are super diverse, so you’re pushed to try out “different routes” within the same grade.

The objective of grade pyramids is simple – solidify your fundamentals and polish your skills. If you’ve just cleared your first V8, for example, making a bouldering pyramid with V5-V8 allows you to practice your new climbing techniques before hopping on to a V9 or V10.

Your grade pyramid doesn’t have to be small or big – do whichever suits you best. It could encompass your schedule for a particular session, a full season, or the whole year.

Climbers often don’t talk about grade pyramids. They’re not the most “exciting” climbing practice and you have to be meticulous to follow them. Climbing coaches, on the other hand, love them – it’s a good way to track progress and identify weak areas needing improvement.

Your grade climbing pyramid can be balanced or unbalanced. Still, you’ll mostly see balanced pyramids only as they’re easy to make and follow.

In a balanced climbing pyramid, there’s a ratio of 2:1 between each level. All climbers mostly follow the standard 8 4 2 1 structure only.

A balanced pyramid is good for building a solid foundation and helps you learn various climbing skills while trying different routes within the same grade. Since it’s a mixture of quality and quantity, your stamina will greatly improve as time progresses.

If you have recently cleared V8, here’s what your balanced pyramid will look like for each session:

I also recommend mixing up the session by dividing V7 and V8 among V5 and V6. That way, you won’t be left with the hardest grades in the end.

There are two types of unbalanced grade pyramids:

The Log Cabin pyramid is for working on your foundation – practicing different fundamental techniques and honing your skills. Although, you could argue that it makes for an “easy” session since you’re just doing more easy routes.

This type of pyramid is suitable for beginners who need to work hard and practice as much as possible. Gumbies don’t have to think about achieving higher grades and rather about learning basic techniques and sending routes.

The Skyscraper pyramid pushes your limits the most. It usually treats the few base levels as “warm-up” and focuses on doing fewer repetitions but more levels.

A typical skyscraper can have 5 to 6 levels worth of grades without totaling 10 climbing problems. Skyscrapers are good for “breaking through” your current barriers. But you shouldn’t overdo them.

How to build your first bouldering pyramid?

Not let’s get into balanced pyramids, specifically those made through 8 4 2 1. It’s a solid method for beginners to get started. You basically have 4 levels:

Before you go too deep into this, you should know that “grades” are not as accurate as you might think. While some might have good accuracy, many are graded subjectively.

READ:  How do climbing gyms set up and grade their routes?

What to do after finishing your first bouldering pyramid?

After you have successfully built and carried out your first pyramid several times, you’ll wanna switch gears. And you should. Otherwise, your skills will get complacent.

The idea is to keep pushing for a higher achievement without losing focus on the fundamental movements and techniques.

Creating subsequent bouldering pyramids is simple – you just build onto your latest progress and make the challenge harder for yourself. Considering the balanced pyramid we discussed, your next step would be:

You could also raise the stakes by applying conditions to your climbs. I like to condition that the base levels (8 runs of V6 in this case) will only be counted if I flash or onsight them.

1. Grade pyramids are restricted to bouldering.

The short answer is no.

While grade pyramids in climbing are often talked about for bouldering, they aren’t restricted to the sub-genre. Grade pyramids can be built for route training and speed climbing as well. But planning is easier and more convenient with bouldering grades and route difficulty.

2. Solving the same grades repeatedly will waste your season.

Solving the same grades on repeat with a bouldering grade pyramid isn’t a waste of time. It’s a straightforward method to ensure maximum possible growth over time and a solid foundation of fundamental techniques.

It’s practically impossible to “up your game” and send the harder routes each and every week. Grading pyramids build confidence and momentum while setting realistic conditions for your bouldering regimen.

I know solving five or six V6s every time isn’t as flashy as sending your first V9 or V10. But trust me, you’ll see the results.

READ:  Beginner’s Guide to Bouldering Pads: Everything to Know Before Buying

This is simply not true. Grade pyramids aren’t something you have to follow to a T. They’re there to improve your skills without plateauing and getting habituated to the same ole’ routine.

If the pyramid gets “too easy” or “too difficult” (to a reasonable degree), switch gears. It’s that simple. Update your practice schedule to better fit your current skill level and training needs.